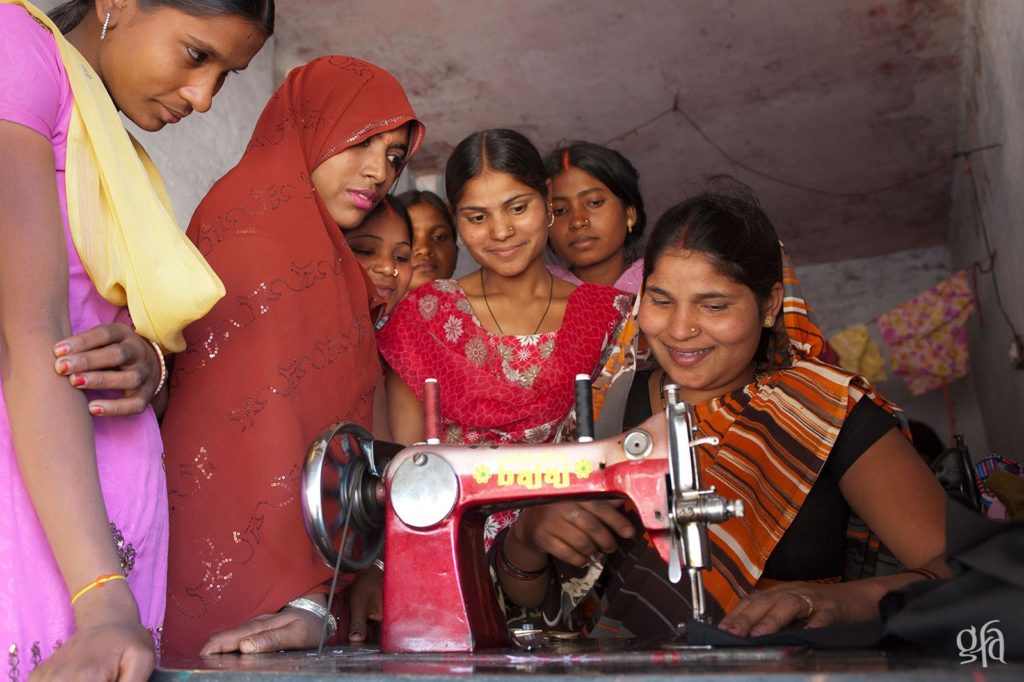 I certainly never thought of a sewing machine as a tool for ministry, until I learned how Gospel for Asia (GFA) and so many similar faith-based, humanitarian missions use them. Sewing machines introduced me to the concept of what it means to live in countries where extreme poverty is perpetual for hundreds of millions of people.A number of years ago I realized sewing machines could play an integral part in both demonstrating the love of Christ and providing income and dignity to women in cultures where neither were regularly available.Ministering to people with the love of Jesus requires more than just saying words, then moving on to another place. It requires Christ followers coming alongside them and helping them bear their heavy load (see Galatians 6:2).In regions like Sub-Saharan Africa and South Asia, most people bear a daily load that would crush the average American under its weight and its complexity. There are many intertwining reasons why these people are trapped in perpetual poverty. Combinations of low social status, illiteracy, lack of sanitation, dirty water, disease, no education or skills, and being unaware of our loving God are all at work, defeating attempts to replace hopelessness by merely concentrating on a singular contributing cause.Local missionaries supported by Gospel for Asia (GFA) and similar FBOs have learned the secret of success is not fixing a single problem like digging a Jesus Well to provide clean drinking water. The secret is going to villages and urban slums, discerning the multiple needs and calling upon the grace of God to supply all that community’s needs through us.Wives, mothers, widows and women of all ages can be encouraged and empowered by giving the gift of sewing. I purposely did not say “the gift of a sewing machine” because a sewing machine would do her no good if she did not know how to sew. I would never have been so proud of my IBM Selectric® typewriter if I had not first learned how to type.

Yes, Gospel for Asia (GFA) donors have helped provide thousands of sewing machines to those in South Asia suffering the additional indignity of being a woman. In 2017 alone, Gospel for Asia (GFA) gifted sewing machines to 8,763 women. Some of these women had long had the ability to sew but lacked the resources to purchase their own machines, and others were recent graduates of tailoring classes provided by GFA-supported workers.. Another 8,812 women received training and the life-changing gift of a sewing machine in 2018.

Teaching women to sew, then giving them a sewing machine, provides them with a start toward gaining a new sense of dignity and earning a respectable wage.

Gospel for Asia (GFA) shared the story of a 45-year-old woman whose husband had died when she was only 20. The widowed mother of two daughters had spent years begging outside temples to sustain her family. She and one of her daughters graduated from a tailoring class sponsored by GFA-supported workers, but they had no sewing machine.

Praise the Lord for what He has done for these women. Praise Him for using your gifts and GFA-workers to help the disadvantaged people of South Asia by demonstrating the love of Christ to them.