“Understanding Scripture in a language other than the heart language in which we think and experience emotion is “like trying to eat soup with a fork. You can get a little taste, but you cannot get nourished.”
― William Cameron Townsend

Townsend was passing out Spanish Bibles. One day, a Cakchiquel Indian came up and listened to Townsend speak about the sovereignty of God. The Indian bluntly said to him, “If your God is so smart, why can’t he speak my language?” Townsend had no answer. This would be the most life defining moment of his life.

Townsend was born in Los Angeles in 1896. He was raised in a Presbyterian Church. Townsend did not do very well in school.

One summer, he was visiting his cousins. They decided to go for a swim. The problem was that Townsend could not swim. He began to drown. Townsend’s cousins dragged him out of the water. From that time on, Townsend recommitted his life to studying hard.

Soon after, his father lost his job. Townsend almost had to drop out of school. Fortunately, his sisters and their husbands provided for Townsend to stay in school. If Townsend had not been able to stay in school, he most likely wouldn’t have been a Bible translator.

All the studying Townsend did paid off in the end. He earned the honor of being valedictorian from Santa Ana High School.

In 1916, a National Guard recruiter visited Occidental college. Townsend along with one of his friends decided to join the National to help them fight in the First World War.

One day in 1917, John Mott came and spoke to the campus’s volunteer movement. World War I was happening at the time, so he appealed to the adventurous side of the youth. Mott knew from the soldiers fighting in World War I, the youth were capable of great things in the Kingdom of God. Townsend was inspired Mott’s speech and discouraged by how little he had done to share his faith with others.

Later on in 1917, Townsend came across an advertisement for the Bible House in Los Angeles. Originally, the Bible House was created to help missionaries by providing an education for their children and literature distribution. Eventually the school was closed and their sole purpose became to publish and distribute literature throughout Latin America. Townsend signed up in order to fulfill his promise to the Student Volunteer Movement. He was assigned to Guatemala, but Townsend was reluctant and made the excuse of being posted in France with the National Guard. Truthfully, he was not interested in passing out Bibles. Townsend was called a coward to the face by the Bible House recruiter for wanting to go to battle but refusing to pass out Bibles. Townsend was shocked by this response and challenge to his manhood.

Townsend wrote a letter to his commander asking for a discharge. To his surprise, the commander heartily agreed to let Townsend go. He thought Townsend would do better passing out Bibles in Guatemala than fighting against the Germans.

“If Your God is so Smart, Why Can’t He Speak My Language?”

In 1917, Townsend started passing out Bibles in Guatemala among the Cakchiquel Indians. Many of the people he came in contact with had no idea who Jesus was. Whenever he would ask them, they would say “There is no Jesus who lives in our village; maybe he lives in the next village.”

One day while he was passing out Bibles a Cakchiquel Indian started talking to Townsend. Townsend was talking to the Indian about God’s sovereignty and how all the answers to life’s questions can be found in the Bible. The Indian retorted back, “If your God is so smart, why can’t he speak my language?” Cameron had no words. But the Cakchiquel Indian took the Bible anyway since he knew a friend who could read Spanish.

The question asked by the Indian haunted Townsend. Why wasn’t there a Bible translation in the Caqchikel language? Soon after, Cameron resigned from the Bible House in Los Angeles so he could translate the Bible into the Caqchikel language. Townsend also dropped out of college. His friends thought this was a foolish move because the Indians weren’t literate and deserved to learn Spanish. He joined with Central American Missions (CAM). He was a translator to the Cakchiquel Indians. Townsend had difficulty translating the Bible into Cakchiqel. It was different from the Latin languages such as English, Spanish and Italian. The language was extremely complex, with one character meaning multiple things depending on how it was written. This really confused Townsend. A linguist Townsend met with pointed out Townsend was trying to put the language into a Latin mold. From that time on, Townsend studied under the Cakchiquel Indians. He would point to an object and the Indian would say the name of the object in Kaqchikel. Twelve years later, the New Testament was translated into Kaqchikel.

After Cameron’s work among the Cakchiquel, Townsend started to shift his focus. Christian missions generally focused on a country as a whole. Townsend realized countries were split up into people with different languages. These were the nations (ethos) mentioned in the Great Commission also known as people groups. Townsend recognized these people groups needed to hear the good news as much as those who spoke the main language.

In 1934, Townsend started Camp Wycliffe in Sulphur Springs, Arkansas. Camp Wycliffe was a training ground for future Bible translators. The camp was on a farm where the trainees could get used to living in places where there was no air conditioning. In addition to learning linguistics, they had to learn survival skills. Townsend bought biographies of missionaries including George Muller and Hudson Taylor. The camp was structured from morning to evening starting with personal devotions at 6:00 am to dinner at 6:00 pm. The times between waking up and dinner was used for prayer meeting or going to class. The rest of the evening was free for them to study if they needed to.

At the second session of Camp Wycliffe in 1935, Ken Pike came to Camp Wycliffe. His hope had been to be a missionary with China Inland Missions. Pike had been rejected since he was so frail. The staff at Camp Wycliffe did not think he would make it the whole summer. Pike ended up being the best student of the summer. Ken Pike went on to be a famous missionary and linguist.

Mexico was a closed country to missionaries and linguists at the time. In 1935, The President was asked to resign by his cabinet. This created hope for Townsend and the trainees. They started praying for an opening to go into Mexico. Soon after, government officials granted permission for the translators to come into the country and learn an Indian language.

As they got to an Aztec village, they had to get to permission from the leader. The leader heartily agreed to let them start translating the Bible. The mayor of the town was the only one who knew Spanish, so it was the perfect place to learn the language. Not only did the Bible get translated, but schools started in the village as well.

In 1947, the Townsend family which included his wife and one child (a baby) boarded a Piper Super Cruiser heading from Peru to Mexico. The pilot was inexperienced though. As the pilot was flying the plane, it hit a tree. Everyone was injured, and no one including the six-week year old baby died.

As Townsend lay on his bed in the hospital, he thought there must be a more efficient way to get from place to place. He started using his spare time to create Jungle Aviation and Radio Service (JAARS). JAARS did not have a crash until 1972.

Going Around the World

After he was done in Mexico in 1946, Townsend started traveling around the world. He traveled to countries such as Peru, the former USSR and Colombia. Under Cameron Townsend, Wycliffe translated the Bible into over 100 languages. Townsend was awarded honorary doctorates from six universities including the University of San Marcos. In addition, Townsend was nominated for the Nobel Peace Prize in 1981 for his linguistic work.

One of Townsend’s dreams was to see the USSR open so Wycliffe could go in and translate the Bible into the different languages of the area. He never got to see his dream fulfilled until the USSR opened up in 1989.

Townsend was diagnosed with Leukemia in December 1981. The problem was that there was no cure for the disease back them. The doctors gave Townsend several blood transfusions to keep him alive. On April 23, 1982 Townsend died peacefully at the age of 85.

Townsend left two major organizations to continue his work. The first one is the Summer Institute of Linguistics which came out of Camp Wycliffe to train students to be Bible translators. The second one is JAARS (Jungle Aviation and Radio Service) which communicates with the missionaries and deals with the technological aspects of Bible translation such as taking care of aircraft and transporting missionaries from place to place safely. In addition, several organizations such as the Lutheran Bible Society have branched out from Wycliffe Bible translators and often times work in cooperation with them. Up to this day, there are 518 people groups that have the Bible in their own language. 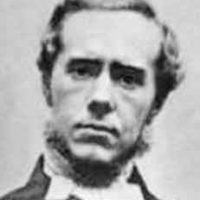