GLENDALE, AZ – The Cultural Research Center (CRC) at Arizona Christian University has released its third in its series of reports examining Americans relative to our current generational worldviews. The news is not good.

“The youngest adult generation of today, Millennials, are now threatening to reshape the nation’s religious parameters beyond recognition.” 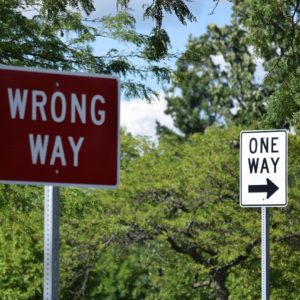 The report compares the differences in “spirituality” between

This third release follows prior reports concerning America’s Dominant Worldview and America’s Most Popular Worldview. The first report introduces us to the demon of Syncretism—the latter with its twin, Moral Therapeutic Deism.

The Millennials are the fruit of prior generations in which many American’s drifted away from the Lord and the Bible in favor of doing their own thing, pursuing pleasure, and satisfying themselves. The moral and spiritual tenets that were once considered our basic ways of life “are continually being radically redefined” by the Millennials’ determination to reshape American culture according to their own preferences.

The family unit and traditional family practices have been reshaped. Some long-term, fundamental family ideals and practices have actually been outlawed. During the pandemic, parents have discovered that public schools have become indoctrination farms rather than places for teaching basic life skills.

Our government has been significantly broadened and transformed as the protector of anti-Biblical, so-called progressive ideas.

How have we changed?

The departure from the fundamentals of the Christian faith can be summarily demonstrated by the survey’s findings that only 30% of young adults believe that the universe was designed, created, and is sustained by God. Compare that to 62% of Baby Boomers.

Conversely, while 88% of Baby Boomers believe that people should not try to get even with others who have wronged them, 38% of Millennials believe that they should.

The current generation of 18 to 36 year-olds are much less likely than preceding generations to embrace or practice any religious beliefs, believe that we are sinful creatures in need of redemption through Jesus Christ, that every choice we make either brings honor or dishonor to God or that the Bible is our primary source of moral guidance.

It is, therefore, not surprising to learn that Millennials tend to define success as unrestrained freedom to make choices without consequences and will make decisions based upon what they believe will be in their own personal pleasure. This is especially apparent when they are most likely to have no reservations about premarital sex and no qualms about aborting the life of the baby who would otherwise be birthed as a result. One bad moral choice follows another.

Generally speaking, Millennials “either do not know if God exists, do not believe that He exists, or do not care if He exists.”

That is the heart of the problem. It is a problem of the heart.

What should we do?

A natural reaction to this report would be to point our collective index fingers at “the younger generation.”

A godly response would be to fall on our knees and pray as King David did, “Create in me a clean heart, O God; and renew a right spirit within me.” (Psalm 51:10)

The best time to do that would be now.

Be watching for the next 2021 American Worldview Inventory in about two weeks.