Progress in the Fight Against Leprosy: Prevention is Key to Elimination
Skip to content

WILLS POINT, TX – Gospel for Asia (GFA, www.gfa.org, founded by KP Yohannan) issues a Special Report update on the current progress in the fight against leprosy where global leprosy-elimination leaders are making exciting advances both medically and socially. 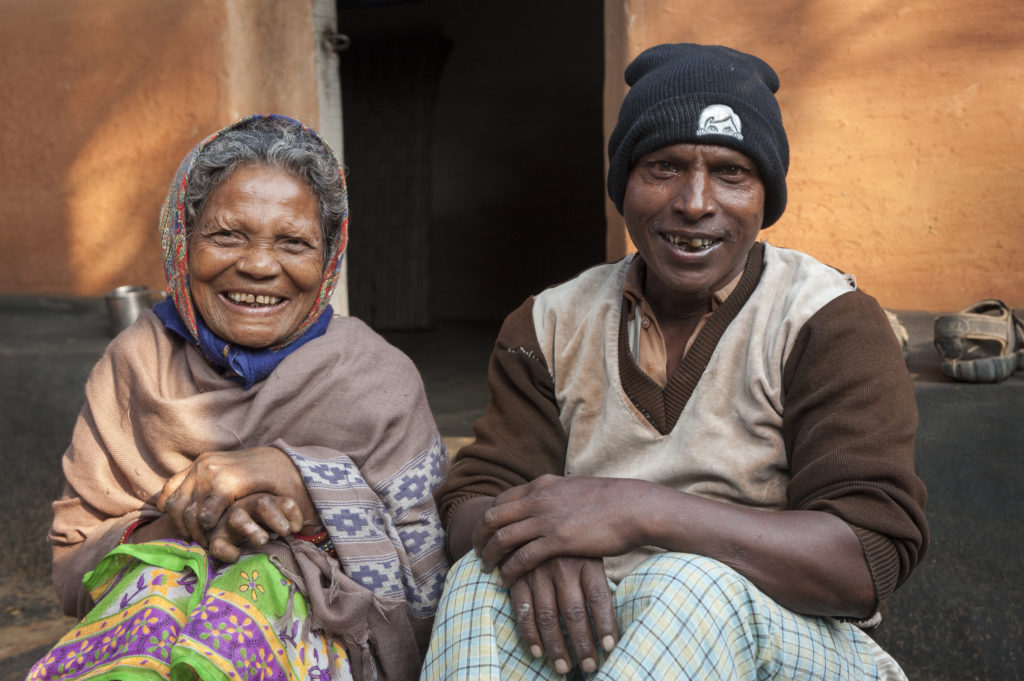 In 2018, another 208,619 new cases of leprosy were detected globally. Is any progress being made in the fight to eliminate leprosy?

In short, yes. Even detecting those new cases is one step closer to conquering leprosy. However, the fact that more than 200,000 people were diagnosed with leprosy reveals we still have work to do.

As discussed in Gospel for Asia’s previous Special Report, Leprosy: Misunderstandings and Stigma Keep it Alive, the fight against leprosy, also known as Hansen’s disease, has two main battlefronts. The first and most obvious is in the medical field: detecting and treating leprosy patients before they suffer permanent damage or transmit the disease to anyone else. The second battle line is equally important—and equally challenging: eliminating discrimination and stigma toward those affected by leprosy.

Global leprosy-elimination leaders are making exciting advances both medically and socially that are worth noting.

One of the great hindrances in eliminating leprosy is detecting and treating new cases before the infection spreads to others. Leprosy can take as long as 20 years to manifest physical signs of the infection and can spread to many vulnerable people during that incubation period. Additionally, because people with leprosy are frequently ostracized by society, many who suspect they have contracted leprosy will hide their condition, enabling transmission and going without the treatment that would save them from disfigurement.

Leprosy can take as long as 20 years
to manifest physical signs of the infection.

Multi-drug therapy (MDT) treatment has successfully cured leprosy patients since the 1980s, but it is not preventative in nature. The treatment does eliminate any chance of transmission in cured patients, but that alone cannot eliminate global leprosy due to the number of people who hide their condition. MDT also does not reverse any damage caused by the disease, so impacted nerves or wounds experienced from nerve damage remain as evidence of the patient’s traumatic health issue. Treatment must be provided prior to disfigurement in order to avoid these physical effects of leprosy.

For these reasons, preventing and quickly detecting new cases are vital partners to the established MDT treatment.

A Vaccine for Leprosy

A new player for leprosy elimination is on the horizon: a leprosy vaccine. American Leprosy Missions (ALM), a Christian organization focusing on aiding those impacted by neglected tropical diseases, is 17 years into its partnership with the Infectious Disease Research Institute to develop the world’s first leprosy-specific vaccine. The vaccine, LepVax, has proven hopeful during the development process and is currently being tested among volunteers in a leprosy-endemic area.

In its recent report on the Phase 1a clinical trial, ALM writes, “We believe this leprosy vaccine will be an exciting new way to stop the transmission of leprosy and the only way to protect people long term. What’s more, the vaccine may protect against nerve damage among those already diagnosed with leprosy, the most serious complication of leprosy.”

If people living in areas with high rates of leprosy received a leprosy vaccine, new cases could be avoided—an incredible landmark in global leprosy elimination. This promising vaccine is projected to be in Phase 1b clinical trials for another two years before moving on in the development process.

Another exciting new shift in the world of leprosy is the use of preventative medication for those at risk of developing leprosy. This relatively new practice takes one of the drugs used in the MDT treatment, rifampicin, and administers it to people in frequent proximity to those with leprosy, such as family members of leprosy patients or those living in endemic areas.

This single-dose rifampicin (SDR) treatment reduces people’s risk of developing leprosy by 60 percent, whether or not they have previously been exposed to the disease. It is not a magic cure—success rates vary among the different kinds of leprosy, and protection only lasts a few years—but it has an additional benefit. Providing this treatment for those at risk of contracting leprosy also enables medical workers to discover early cases of leprosy in people who might otherwise not be examined.The stigma around leprosy, however, has barred the way for medical treatment in many areas. Many people still hesitate to do anything in connection to leprosy treatment, even if it is preventative.

Resources to overcome challenges like this were presented during the 20th International Leprosy Congress. In September 2019, more than 1,000 people from 55 countries gathered in Manila, Philippines, for the Congress. There, scientists, practitioners and leprosy advocates shared research, ideas and resources to further their goal of zero leprosy.

During the Congress, the Global Partnership for Zero Leprosy launched the Best Practices Zero Leprosy Toolkit, designed to “support countries in their work towards ending leprosy and its associated disabilities and stigma.”

Just one of the valuable resources this kit contains is advice on how to prepare communities to be favorable toward receiving preventative SDR.

Medical personnel found that performing pre-treatment counselling in communities promoted willingness toward participation in the SDR preventative treatment. Education about leprosy made 90 percent of those in close connection to leprosy patients willing to participate in the treatment.

Advocates for zero leprosy are active on the social battle-front as well. The shunning and discrimination experienced by people with leprosy are gradually being recognized as an issue of human rights, not only the result of a medical problem, which means appropriate actions can be taken to combat the issue.

Alice and many others are calling upon nations to take action on behalf of leprosy-afflicted individuals and their families, making it known that social rejection of leprosy patients is needless and unacceptable.

Groups such as the Global Partnership for Zero Leprosy and International Federation of Anti-Leprosy Associations (ILEP) are working at an international level to eliminate leprosy, in part by changing the way people with Hansen’s disease are perceived by society.

ILEP maintains careful watch on the 136 policies globally that promote or enable discrimination against people afflicted with leprosy and seeks to help those policies change. These legislations range from permitting divorce and expelling students from universities to requiring that individuals with leprosy be deported. It’s hard to believe that people infected with a completely curable disease can be legally deported in parts of the world, but that is the reality of the extreme fear and stigma linked to leprosy.

Social rejection of leprosy patients is needless and unacceptable.

In addition to seeking changes in laws regarding people with Hansen’s disease, ILEP is also influencing people’s everyday approach to leprosy. When writing about leprosy and the people whom it affects, they adhere to strict guidelines as to the terminology, imagery and photography used. They reach out to media sources to encourage them to alter their pieces to ensure that people with leprosy are treated with respect and dignity. ILEP challenges everyone to do the same, even providing samples of how to respectfully request someone to change their terminology.

Eliminating Stigma on a Personal Level

Legislation regarding how society should interact with people with leprosy is extremely important, but even so, changing deeply ingrained attitudes is ultimately up to the individual; a law cannot create love in a person’s heart toward others. Each person must overcome obstacles on a personal, intimate level—and Jesus can help them do that.

Gospel for Asia-supported workers have been showing love and respect toward leprosy patients for decades. Their love for Jesus helps them overcome their cultures’ normal attitudes toward those with leprosy, and now they serve as powerful examples to many communities across Asia.

Workers at a GFA-supported hospital for leprosy patients witness on a daily basis the emotional needs of people afflicted with Hansen’s disease. When asked how patients respond to the kindness demonstrated by hospital workers, GFA’s field correspondent explained that deep bonds frequently develop. The patients receive their caregivers as sons and daughters, welcoming them into their lives in place of the biological family that spurned them. Being seen for who they are and not what disease they have gives these patients courage to press on and live a life with hope.

At a medical camp organized to bless a leprosy colony in another part of Asia in honor of World Leprosy Day, children from a GFA-supported Bridge of Hope center performed a skit for the colony residents. These children are learning from a young age to respond to leprosy patients with compassion rather than with fear, with kindness instead of rejection. Most of the people living in this colony had already been cured of leprosy, but their damaged limbs caused their society to spurn them anyway. Although their families and society reject these leprosy patients, these children and national workers showed them the dignity they deserve as human beings bearing God’s image.

Each person who gains an honoring viewpoint toward those afflicted with leprosy is another voice for change, one more compassionate heart to aid those in need and one more step bringing us closer to eliminating leprosy.

Through the diligent efforts of scientists, medical workers, policy makers and compassionate citizens around the globe, we see exciting new advances in the fight against leprosy. The battle is not yet won, but we are better equipped to press in and overcome this devastating disease.

A speaker at the International Leprosy Congress summarized the global leprosy situation well: “The last mile in the work of leprosy, it can be accomplished. We absolutely can do this, but we can only do it together.”

What can you do to help eliminate leprosy? We live in an amazing era where eradicating devastating diseases is possible. Let’s celebrate the triumphs already won in the fight against leprosy and press on toward global leprosy elimination!

Read another Special Report from Gospel for Asia on Leprosy: Misunderstandings.